From Mine Blocks Wiki
Revision as of 22:04, 15 November 2019 by Tobias Alcaraz (talk | contribs) (→‎Enviroment: Ups, fixed link.)
(diff) ← Older revision | Latest revision (diff) | Newer revision → (diff)
Jump to navigation Jump to search
If you find a typo, inconsistency, or error, please sign up and help out the wiki! We can't do it without your help! :D Thank you! 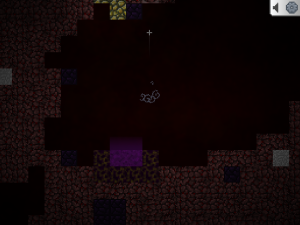 View from the Nether's spawn.

The Nether is one of three dimensions in Mine Blocks (the other two being the Overworld and the End).

In order to enter, the player must build and activate a portal. Any player who dies in the Nether will spawn in the Overworld, and the items lost will remain where the death occurred. It is required to visit the nether and kill blazes in order to find and unlock the portal to The End. Water will evaporate if placed.

The Nether is a dimension that resembles hell itself. The size of the dimension is 1000 x 120; it's main color is red due to the main use of the netherrack and the background. Lava can be found in abundance as well as fire appearing on netherrack or flamable blocks. There is no day cycle and the player can't sleep, making both the clock and compass useless in this dimension.

This Nether consists of mainly netherrack, and contains as well obsidian, bone blocks, lava and glowstone. The mobs that spawn in this dimension are nethereyes, blazes, magma cubes, endermen, ghasts and zombie pigmen.

Nether portals are made by placing 6 portal stones (4 blocks in a horizontal row, with 2 blocks on top of the edges), then setting one of the two center blocks on fire. Once activated, when nearby, the portal will start to make sounds, besides having the two portal blocks in the middle.

All of the achievements displayed are related to visiting the nether.