Zanzlanz has 'pranked' his fanbase in a couple of ways for past April Fools' days.

Zanzlanz released a new version of Mine Blocks 2 and said that he added multiplayer, with the message below:

As most people already know, I've been working hard on getting multiplayer to work in Mine Blocks 2. I have posted numerous screenshots and updates on it on various sites. It is completely true. That's why it's not hard to believe that I'd release a sampling of multiplayer.

However if the player plays for 10 minutes, this appears on the screen:

In 2014, Zanzlanz said that Mine Blocks was updated to 1.27 and he also posted a link. This was in the description of the update:

The newest features are multiplayer, Herobrine (he shows up when you summon him), and over 75 new lemon-themed items (including the lemon dimension and lemon dragon boss fight)! I fixed a few more bugs too. To join a multiplayer server, just login to the new update, click 'Play!', and select 'Multiplayer'. Type in your friend's IP address, and BOOM! :D

This was the screenshot Zanzlanz posted: 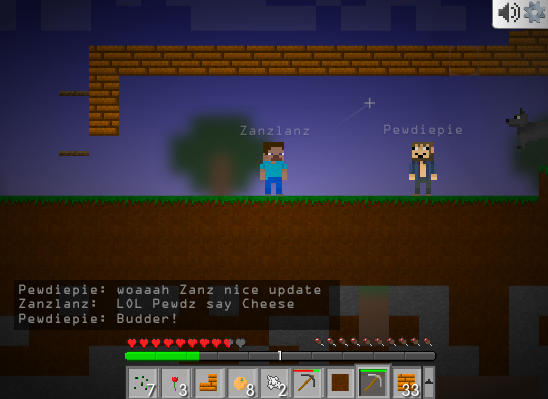 In 2016, Zanzlanz tweeted about the "Realistic Tree". This is what he said:

No one talks about the realistic tree item anymore. Here's how to craft, it if you forgot! :)

This is the image he posted: 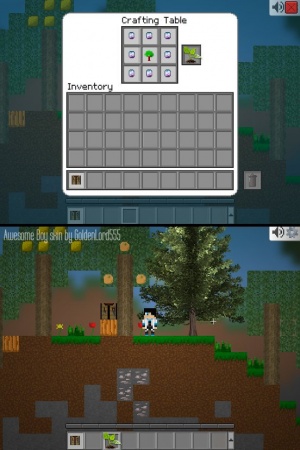