From Mine Blocks Wiki
Revision as of 13:52, 20 July 2018 by Zanzlanz (talk | contribs)
(diff) ← Older revision | Latest revision (diff) | Newer revision → (diff)
Jump to navigation Jump to search
If you find a typo, inconsistency, or error, please sign up and help out the wiki! We can't do it without your help! :D Thank you!

A wolf can become a dog if the player gives it several bones. When it becomes a dog, its color changes to brown, a collar appears on its neck, and heart particles spawn around it.

If you attack or hit a mob and a dog is not in sitting position, the dog will attack the mob until it dies, or its target changes in the middle of the fight. Shift-clicking on a dog will make it sit. In this sitting position, it cannot move or attack a mob, but it can still take damage from hostile mobs.

Unlike the untamed wolf, the dog's health can be measured by the angle of its tail. If the tail is pointing downward, its health is low.

You may feed them food such as pork and chicken to regain their health.

If the dog is given a dye, the collar switches to the dyed color. For example, bone meal will change the dog's collar to white. 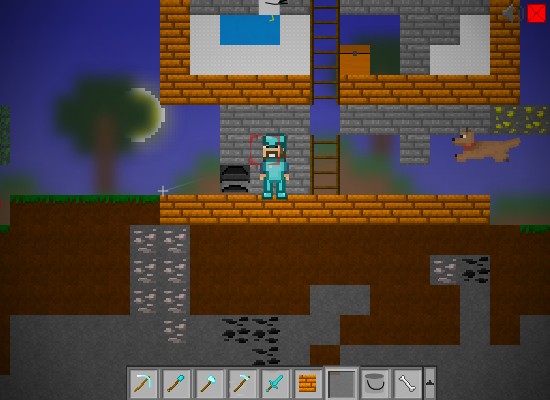